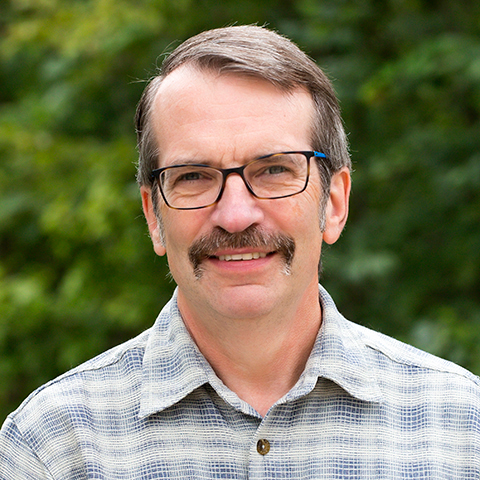 University of Maryland Center for Environmental Science Professor Eric Davidson has been named a 2019 Fellow of the American Geophysical Union (AGU).  AGU Fellows are recognized for their scientific eminence in the Earth and space sciences and outstanding achievements in advancing and communicating science. Only 0.1% of AGU membership (more than 62,000 members from 144 countries) receives this recognition in any given year. This year, 62 members will join the 2019 Class of Fellows from universities and scientific institutions around the world.

Eric Davidson receiving acknowledgement as an AGU Fellow at the December 2019 annual meeting.

“This honor not only recognizes Eric's exceptional research but also his commitment to the scientific community, particularly in mentoring the next generation of scientists,” said University of Maryland Center for Environmental Science President Peter Goodwin.

Davidson is director and professor at the Appalachian Laboratory of the University of Maryland Center for Environmental Science in Frostburg, Maryland. His research in biogeochemistry includes the exchange of plant nutrients from the land to streams and groundwater and the exchange of greenhouse gases between the soil and the atmosphere. He works in a variety of ecosystems, including forests and agricultural lands in North and South America.

He is a Fellow of the American Association for the Advancement of Science and past-president of the American Geophysical Union. He served as the Coordinator of the North American Center for the International Nitrogen Initiative and is the leader of a Research Coordination Network on Reactive Nitrogen in the Environment.

“I've been very privileged to have had wonderful opportunities and fabulous mentors, collaborators, research assistants, post-docs, and students who deserve to share a big part of this honor,” said Eric Davidson. “I feel lucky to have been able to pursue a career in science, contributing in a modest way to the human quest for knowledge, to training the next generation of scientists, and to searching for solutions to challenges facing society. Every day is rewarding, and, with a little more luck, I look forward to many more.”

Each year since 1962, AGU has elected as Fellows members whose visionary leadership and scientific excellence have fundamentally advanced research in their respective fields. This year’s Fellows will be honored at the AGU’s Fall Meeting 2019 in San Francisco, California.

University of Maryland Center for Environmental Science Professor and Appalachian Laboratory Director Eric A. Davidson, an international leader in global nitrogen cycle research, has been named a Jefferson Science Fellow.

An Appalachian Mountains Joint Venture (AMJV) Partnership proposal was selected as one of 12 projects receiving more than $1.9 million in National Fish and Wildlife Foundation (NFWF) grants to restore forest and freshwater habitat in central Appalachia.