Skip to main content
Tree cores like the one shown here were used to measure wood chemistry.

A warming climate is causing earlier springs and later autumns in eastern forests of the United States, lengthening the growing season for trees and potentially changing how forests function. Scientists from the Appalachian Laboratory of the University of Maryland Center for Environmental Science used a combination of satellite images and field measurements to show that trees have greater demand for soil nitrogen in years with early springs.

This result has both good and bad news impacts: the good news is that higher demand for nitrogen by trees could mean less nitrogen polluting streams and rivers; the bad news is that trees that can’t get enough nitrogen may not be able to remove as much carbon dioxide from the atmosphere to help slow down further global warming.

“The emergence of leaves on trees earlier in the spring results in higher demand for nitrogen from the soil compared with years with later springs, but this higher demand is not always matched by higher supply,” said study author Andrew Elmore of the University of Maryland Center for Environmental Science’s Appalachian Laboratory. "This is good news for the Chesapeake Bay because it suggests that nitrogen leaving forested watershed will continue to decline as springs continue to start earlier, as is expected with climate change." 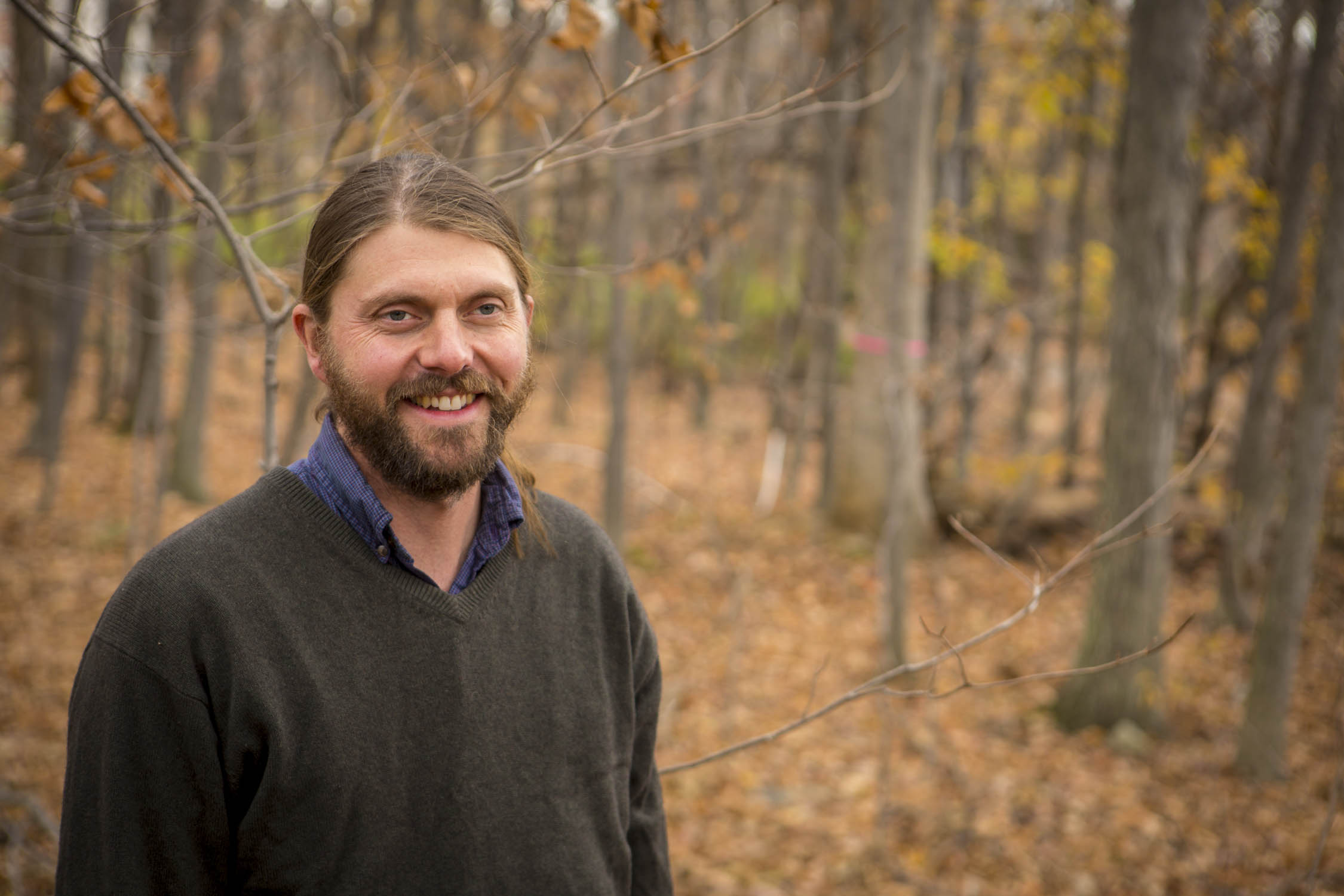 “A critical question for predicting the magnitude of future warming and the impact of greenhouse gas emissions is the ability of forests to respond to shorter winters," Elmore said.

The study found that earlier springs enhance forests’ demand for nitrogen. While forests continue to grow more quickly—particularly in the early summer—the amount of leaves on the trees in the latter half of the summer is reduced. This effect is strongest in years with an earlier spring, suggesting a connection with the amount of nitrogen that is available.

“Forest growth rates aren’t slowing down yet, but they aren’t as high as they might be if soil nitrogen weren’t limited,” said Elmore. “Already we are seeing early loss of leaves in the latter half of the summer in years with an early spring. Slow-growing forests would be expected to take less carbon dioxide out of the atmosphere, and this important greenhouse gas would increase more quickly.”

On the other hand, if forests are using more nitrogen to grow, it could have a beneficial impact on stream water quality by reducing the amount of nitrogen leaving the soil and flowing into streams in years of an early spring.

“Forests are providing a huge service to society through the provision of clean water,” said Elmore. “That this water is becoming even cleaner should lead us to value forests even more.”

The study, “Earlier springs causing reduced N availability in North American eastern deciduous forests,” was published by Andrew Elmore and David Nelson of the University of Maryland Center for Environmental Science and Joseph Craine of Jonah Ventures in Nature Plants. The work was funded by the National Aeronautics and Space Administration.