Tom Miller is a professor of fisheries science and director of the University of Maryland Center for Environmental Science’s founding campus, the Chesapeake Biological Laboratory in Solomons, Maryland.

Born in the England and educated in the U.K., U.S., and Canada, he was initially appointed to the Chesapeake Biological Laboratory faculty in 1994 and became director in 2011. During his career, he has been a leader in the development of approaches to manage several Chesapeake Bay species, including crabs and menhaden, combining laboratory, field and modeling approaches to address questions of interest to society. Most recently, his research has focused on both the effects of ocean acidification on blue crab, recruitment issues in menhaden and striped bass and stakeholder involvement in recreational fisheries. His work has been funded by a diverse array of agencies including NSF, NOAA, EPA, Maryland Sea Grant and the Gordon and Betty Moore Foundation.

Dr. Miller serves on the Scientific and Statistical Committee of the Mid-Atlantic Fishery Management Council, the Atlantic States Marine Fisheries Commission's Management Committee, and is a scientific advisor to the Potomac River Fisheries Commission. He has served on several National Academy Panels. He is a Governor’s Appointee to the Patuxent River Commission and the Board of the Chesapeake Bay Trust. Dr. Miller previously served on the Maryland Task Force on Ocean Acidification.

He has been the recipient of the President’s Award for the Application of Science at UMCES and received the 2015 USM Regents’ Faculty Award for Public Service, the highest honor that the Board bestows to recognize exemplary faculty achievement. Dr. Miller is a two-time recipient of the Graduate Education Award for excellence in teaching from the Marine Estuarine Environmental Sciences program at the University of Maryland. 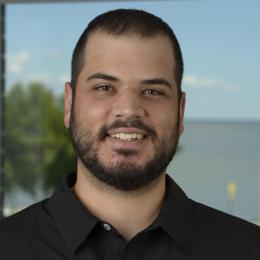