A view of Baltimore’s Inner Harbor beckons a familiar question: What’s going on below the surface?

Since 2016, Tsvetan Bachvaroff and Eric Schott, two scientists at the University of Maryland Center for Environmental Science’s Institute of Marine and Environmental Technology, have been running studies to learn about life concealed by the murky waters of the harbor. The scientists are working in collaboration with Maryland Sea Grant and the National Aquarium.

What they find will create a baseline of the variety of life inside Baltimore Harbor, offering a year-to-year outlook of the biodiversity there. That data will help the Aquarium as it moves forward with a plan to build structured habitat in the water that can clean it and draw new life to the harbor. 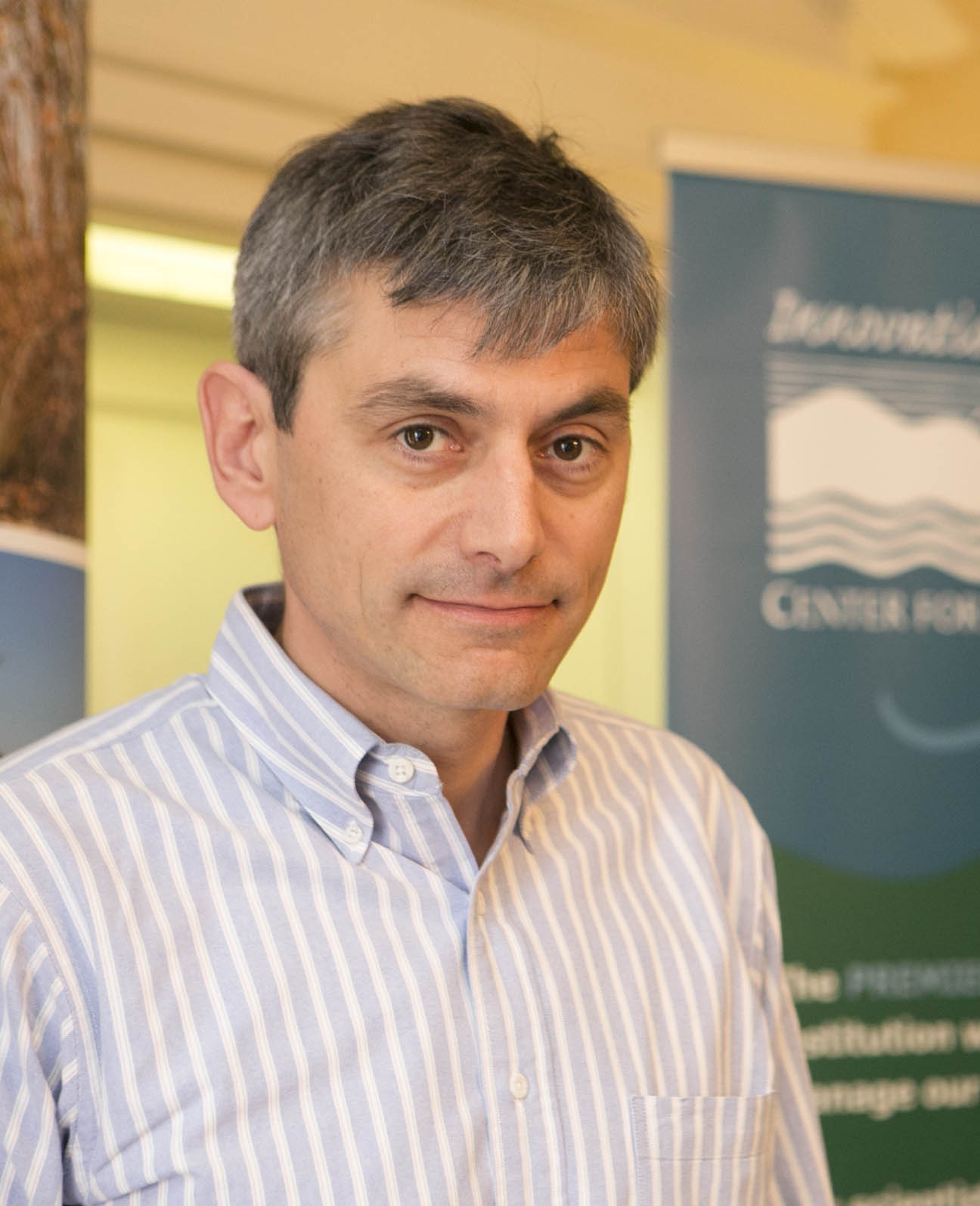 “The Aquarium asked scientists what should we measure to document changes in the ecosystem if we built this? Because the biodiversity is likely to change. Species or their abundance could change,” Schott said.

A better understanding of life in the ecosystem also could help bring the Baltimore’s Waterfront Partnership closer to its goal of making the harbor swimmable and fishable by 2020.

Chesapeake Bay is a productive estuary—the largest in the United States—as a home for thousands of species of plants, animals, and microbes. Many of the species that call the Bay home are clear to most who live alongside it, such as the blue crabs and striped bass, but the fate of these more prominent species is tied to more subtle creatures in the Bay’s food web, such as zooplankton, barnacles, and mussels.

Maryland Sea Grant has been studying the Bay’s biodiversity, and specifically the variety of species in the Harbor’s ecosystem, since the mid 1990s, said Adam Frederick, the program’s assistant director for education and National Marine Educators Association’s national office coordinator.

Working with local scientists, Sea Grant ran an educational program that studied the Harbor’s biodiversity by reviewing what life stuck to a rack of small discs left in the water for a period of time. The discs are about 4 inches in diameter and slide onto a pipe, allowing organisms to grow on the top or bottom.

The simple experiment made understanding biodiversity easier and more accessible to students than if they took a class trip on a boat to drag a net, dredge mud or trawl for oysters with a group, Frederick said.

“I could put a $20 rack out in the harbor and three months later, we could pull out this diverse group of organisms, stick it in front of you, and you can see a living community of organisms,” he said.

For the past two years, Bachvaroff and Schott have been adding another educational element to the experiment.

The scientists put a clean rack into the harbor in April.
By summer, it is covered in creatures.
The relatively empty rack in December showed an apparent die-off, which the scientists could trace to a low-oxygen event.

There are stakeholder and management questions that need scientific answers, need quantitative data to changes in the ecosystem.

They are scraping the discs for DNA to build a database that will not only teach about the life in the Inner Harbor, but also show how it compares to similar ecosystems around the world. Similar disc projects have been underway in Sweden since the late 1990s and Germany and Spain more recently, Frederick said.

“Comparing our environment will give kids a wider global perspective of biodiversity,” he said.

Getting Bachvaroff and Schott involved helped establish a more accurate way of identifying species found in the harbor. By building a DNA barcode, they can definitively compare organisms’ DNA rather than trying to compare them by sight.

“To understand biodiversity at the molecular genetic level, we’re grabbing chunks of what’s growing, sequencing the DNA of the community using bioinformatics and saying who’s there,” Bachvaroff said. “We use sequencing to count hundreds of thousands of samples to get this density and the result is objective.”

The DNA element complements the visual study, too, because it can reveal what can’t be seen, such as diatoms, he added.

“One of our discoveries was that water molds are the first to secure to the substrate. They dominated the DNA content,” Bachvaroff said.

Having this catalogue of biodiversity is a key part of the National Aquarium’s project.

The Aquarium wants its structured habitat, planned for the space between the Inner Harbor’s piers 3 and 4, to attract aquatic and bird life. Its staff, however, can’t know what impact the structures have on the water without a better understanding of what life below the surface looked like before the structures went in.

The discs represent smaller structures that tell a story of how life changes in the harbor by season or by condition of the water.

The IMET-Aquarium-Sea Grant team review the discs every month from April through December. They take videos of the discs and count organisms they can see under a microscope. Then they scrape for DNA.

They are focusing primarily on the organisms at the bottom of the Bay’s food web, such as zooplankton, and organisms that grow on objects such as barnacles, mussels, anemones, slimy diatoms, and bryozoans, Schott said.

Structures like the Aquarium wants to build could attract a wide range of organisms, which in turn attract more, building the biodiversity.

“This spring, we collected juvenile spot, an abundant fish in Chesapeake Bay,” Schott said. “The organisms growing on surfaces also serve as food for juvenile fish and blue crabs.”

Bachvaroff and Schott are comparing what they see each month with data collected through Eyes on the Bay, a program run by the Maryland Department of Natural Resources that tracks water temperature, salinity, chlorophyll, and oxygen levels in real time.

“It’s a way to monitor what happened across the changes,” Bachvaroff said. “When a phenomenon happens, we can look at what we have, the physical things.”

For example, when organisms die on the discs, they could look to the data for the reason, such as a drop in oxygen levels known as hypoxia.

Regular monitoring month-to-month and then year-to-year will help the scientists look for patterns. So far, Bachvaroff and Schott have DNA barcode data compiled from 2016 and they are working on compiling their results from 2017. They need at least three years of data to know if what they saw one year was an anomaly or a standard.

“There’s a saying,” Schott said, “you can describe an average year in the Chesapeake Bay, but no year is average.”

This hard science will help stakeholders answer whether the ecosystem is getting healthier.

“People neglected their urban waterways for a long time. Now UMCES has a location on the harbor, and we’re starting to look into that,” Bachvaroff said.

The scientists would like to continue their part in the project at least until the Aquarium finishes its structures in a few years.

With proper funding, they would like to expand the project to parts of tidal Patapsco River beyond Baltimore’s harbor. That would enable them to capture more of the Bay’s biodiversity and changes over time, particularly amid development projects and other changes to the landscape.

“There are stakeholder and management questions that need scientific answers, need quantitative data to changes in the ecosystem,” Schott said.